We are in a go situation…..

The 2020 event is still planned to take place on Sunday 16 August. More details will follow nearer to the date.

Posted in Uncategorized | Comments Off on We are in a go situation…..

There has been a steady stream of entries arriving daily, and before the end of January the tally of completed entry forms has passed the 50 mark. Last year, we had to turn people away, so to avoid disappointment, either email or send your application by Royal Mail sooner rather than later.

Posted in Uncategorized | Comments Off on Entries flooding in

Posted on December 4, 2019 by andrewduerden

The eighth running of the Welland Valley Wander will take place on Sunday 16 August 2020. The start will be from Leicester Airport near the village of Stoughton, just east of the city. The midway halt will be at Burghley House near Stamford and the finish will be at Sywell Aerodrome, to the north of Northampton. Entry forms and full details will be available in the first few days of January 2020.

Posted in Uncategorized | Comments Off on 2020 Details announced

Participants on the 2019 Welland Valley Wander had the chance to vote for the car that they would most like to take home, and in the closest of contests, the Frazer Nash Targa Florio of John and Oliver Briggs got the nod over the two pre war BMWs of Richard Wyldes and Dave Crawley and the Riley 14/6 Special of Steve Riddington.

The most original car was Richard Egger’s 1962 Mini 850 and the furthest travelled was Julia and Roger Bricknell, all the way from Bodmin in Cornwall.

Posted in Uncategorized | Comments Off on Close voting

Posted on August 8, 2019 by andrewduerden

The start list can be seen on the Final instructions page.

Posted in Uncategorized | Comments Off on Start List published

We now have a very full entry list and will not be taking any more applications.

Posted in Uncategorized | Comments Off on We’re full!

A lot of entries!

The entry list has filled up and we are reaching our limit. Accepted entries are shown on a separate page with oldest first to most modern. This is not the starting order.

Posted in Uncategorized | Comments Off on A lot of entries!

The date for the 2019 event is Sunday, 18 August with a new route, and new start and finish venues.  The event will commence from Stonehurst Farm in Mountsorrel,  near Loughborough, with its eclectic motor museum.   After breakfast, the route visits Charnwood Forest before turning east to a lunch halt at the popular location on The Meadows in Stamford, Lincolnshire, alongside the banks of the River Welland.  The afternoon finishes at Deene Park near Corby where tea and cakes will be served adjacent to the beautiful gardens.

Posted in Uncategorized | Comments Off on 2019 Event

Posted on September 7, 2018 by andrewduerden

A whole host of photographs from the event are now available to view.  Dave Cram has posted over 100 shots and these can be seen on the gallery page.  There is also a link on the same page to Peter Going’s excellent shots which are all available for purchase.  As a short cut, you can go directly to Peter’s images here:

Chris Glasby also supplied a small number of shots and these, too, are on the gallery page.

Posted in Uncategorized | Comments Off on Snaps chat

A great day out

The sixth Welland Valley Wander was a great day out for the capacity entry.  Starting from Hothorpe Hall, the event journeyed through Leicestershire into Rutland to a coffee stop at Barrowden.  Lunch was taken at Grimsthorpe Castle in South Lincolnshire after a drive along the impressive 3.8 miles long private drive.  Returning back to Leicestershire, the event finished with a lap of the Bruntingthorpe test track before tea and cakes were taken by the finishers.  Chris Glasby’s fantastic photograph captures the range of cars on the event this year. 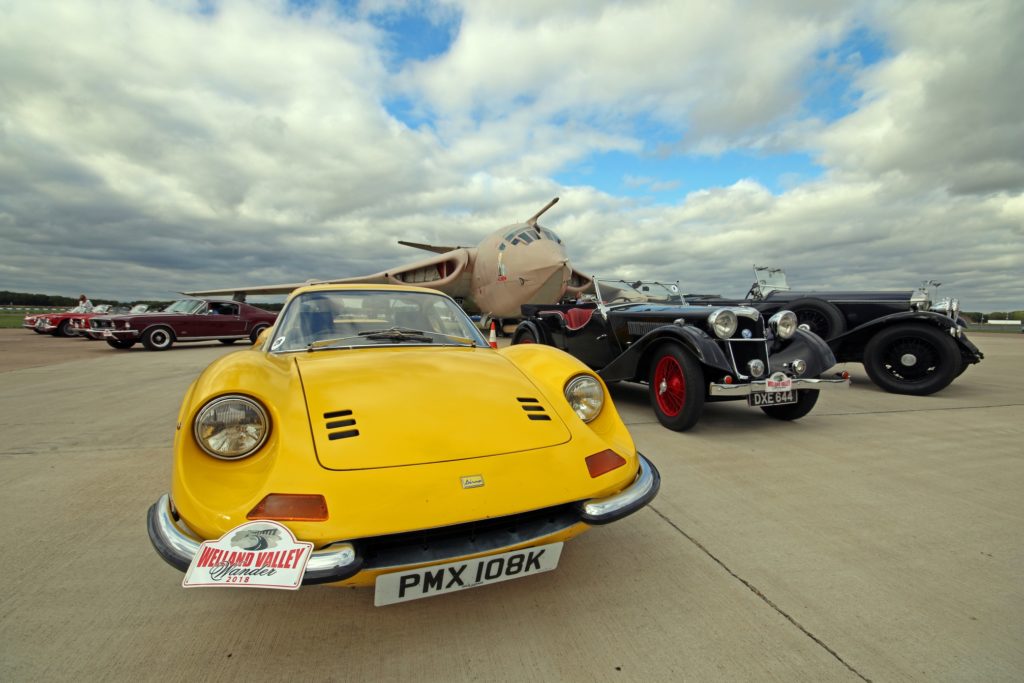 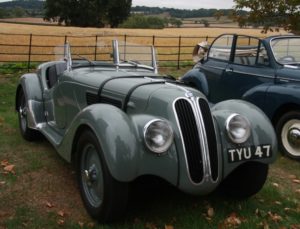 The BMW 328 of Richard & Eliza Wyldes

There were three awards given to participants:  The most travelled went to Paul & Mike Beeson in their Triumph TR2, all the way from Worthing, Sussex.  The most original car award went to Paul & Liz Easter in their 1928 Sunbeam.  The car that people would most like to take home was overwhelmingly a vote for Richard & Eliza Wyldes’ 1939 BMW 328 with Richard White’s 1934 Aston Martin Le Mans and Stephen Kemp’s 1938 Citroen Light 15 roadster both getting the same number of votes in the runner-up spot.

Posted in Uncategorized | Comments Off on A great day out